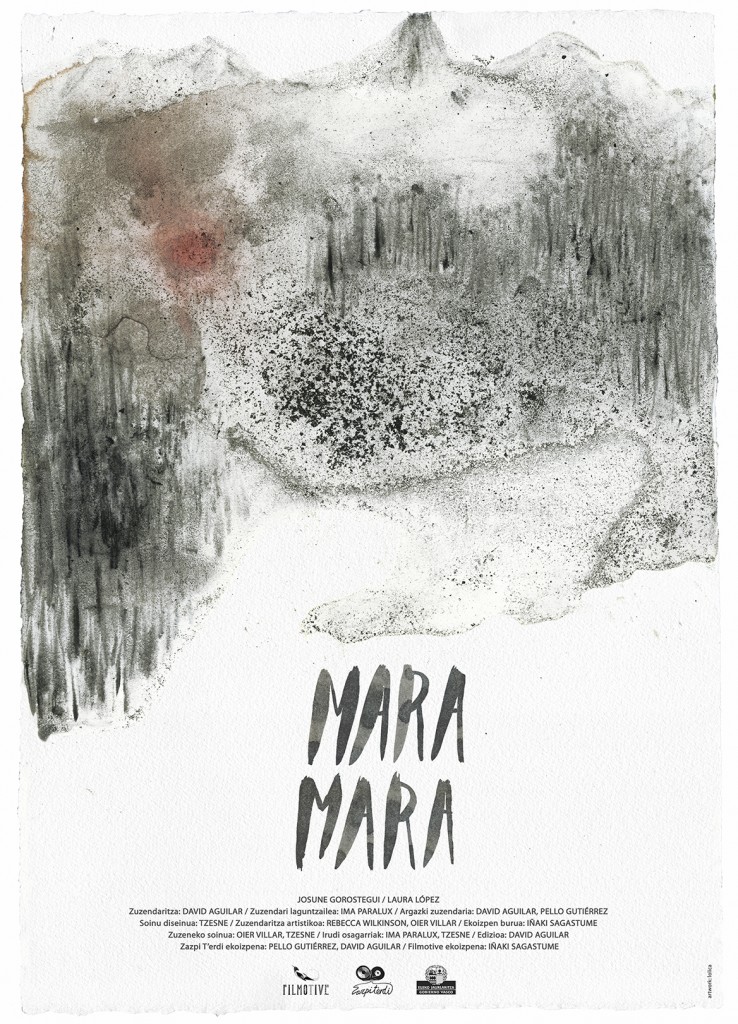 Synopsis:
A silent scream. Snow over the black night.
Two women share their last moments together in a remote house in the mountains.
Without words, they accompany each other whilst the sound of thawing snow advances.

Notes:
In his book, “Los grandes hombres ante a la muerte” Manuel Iribarren says that the only ones who have the right to talk about death are the dead themselves. Nonetheless we are able to talk about the way in which our culture has seen death, and based on different beliefs different ways of dying and different types of funerals have developed.

Death has been seen and lived in many different ways during the history of humankind. Our view could been seen as just one more way, but can also be recognises as very special and different because it breaks through the relatively consistent beliefs of the past.

Mara Mara, in Basque, is the sound produced by the snow touching the ground.
Light and darkness crosses among this film shot during a snowstorm in the Pyrenees.

The environment and emotions in Mara Mara are among life and death. It is a reflexion on our society, a community where this view on death is to move away from it, put it off, and consequently, a place which is impossible to represent.

The personal style of David Aguilar’s cinema can be seen in Mara Mara, sensorial and impulsive, far from big production cinema. This liberty of movement seen in his films gives an intimate experience to the spectator.
Stories where reality and fiction bind together to form something new, textural film and sound.