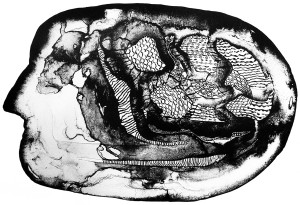 In 2010, Iñaki Sagastume (University of Navarre, New York Film Academy 1999) settles Filmotive in Bilbao after having worked in Bausan Films in Barcelona, where he was production coordinator in documentary feature films and fiction films like Balseros, Cuban Rafters (OSCARS® 2003), Septembers (Special Mention IDFA), or Bucharest, the memory lost (Goya Award 2009)

Filmotive co-produced with Zazpi T’erdi in 2011, the non-fiction film “Nao yik” by David Aguilar, supported by the INAAC (Navarra Government) and entirely shot in China. Premiered at the 59th San Sebastian International Film Festival it won the First Prize at the 42th ALCINE, Madrid.

In 2012 Filmotive produces the documentary “Oírse” / «The sound inside» by David Arratibel. Supported by the INAAC (Navarra Government), the film has the collaborations of Beltone, Re-Sound, Grupo Punset and the APAT & Atinneus Associations. «Oírse» / «The sound inside» was premiered at the 61th San Sebastian International Film Festival, and won the Best medium-length film at the 45th Alcances and the Best Non-fiction Film at the XIII Visual, Cine Novísimo.

In 2014 Iñaki Sagastume finishes the production of the dance-film «Homing» by Xabier Iriondo. «Homing» has the support of the Basque Government and the participation of Irusoin, Talo Recordings and Zazpi T’erdi. It has also the collaborations of Korzo Productions (The Hague), Dantzagunea (San Sebastian), Zarauzko Udala and AlhóndigaBilbao (Azkuna Zentroa). «Homing» was premiered at the Holland Dance Festival, travelled worldwide and participated in many venues around Japan under the umbrella of the DMJ.

In 2014, Filmotive produces also the experimental film «Tra la vita e il sonno» directed by Iñaki Sagastume itself with original soundtrack by Fernando Carvalho. It was premiered at the Muestra Documental LUPA and participated in the 5th Alchemy Film Festival, among others experimental film festivals.

In 2015 Filmotive produces the shortfilm «X-film», directed by Iñaki Sagastume itself. It was premiered at the Festival de cinema gai i lesbic de Barcelona and participated in the ANTIMATTER [Media Art] Ontario, Canada, among others.

En 2017 co-produces with Zazpi T’erdi the medium-length film «Mara Mara» directed by David Aguilar and produced with the support of the Basque Government. It was premiered at the 64th San Sebastian International Film Festival and won the Best Cinematography Award at the 46th ALCINE, Madrid.

En 2017 co-produces with Zazpi T’erdi too, the feature documentary «Converso» directed by David Arratibel. Premiered at the Festival Punto de Vista de Pamplona en 2017, where it won the Audience Award. Then, the film won at the Festival de Málaga the award for the Best Documentary Director and it was nominated for the Feroz Awards. The film participated also in festivals like DocumentaMadrid, Cinema d’Autor de Barcelona (D’A) or the 65th Festival de Cine de San Sebastián.

In 2018, the production companies Filmotive and Zazpi T’erdi join together, keeping the name «Zazpi T’erdi» for our personal projects and the trademark «Filmotive» focused on production services and corporate videos.

In 2019 and 2020, we continue working along with Zazpi T’erdi for clients such as The Basque Cinemateque, FranceTV, SOS Racism, or Planner Comunicación (Clínica Universidad de Navarra) while we keep pushing with the production of our personal cinematographic projects, like «Nik nuk lehena», a puppets animated film, shot in stop-motion technique, project in preprod stage.